At 14.20 hours on Sunday 1st September 2013 ,  WCRR CRBI was tasked by Waterford Gardai to assist at an incident at the Quay  , Waterford.  WCRR CRBI Unit which was on an exercise on the River was directed to the scene.  The incident was successfully resolved by the Gardai and the Unit was stood down . MRCC Irish Coast Guard informed. 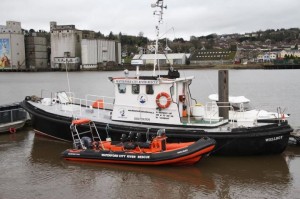