At 1803 on the 9th May 2013 , WCRR CRBI was tasked by Irish Coast Guard ( MRCCC ) to launch and search for a large dangerous object sighted in river Suir near Belview.   Crew launched and searched for and located the object which was a large part of a pontoon.   The crew attached a line to the object and towed it to safety and removed it from the river where it was a threat to navigation.   Crew stood down at 19.30 and returned to base. 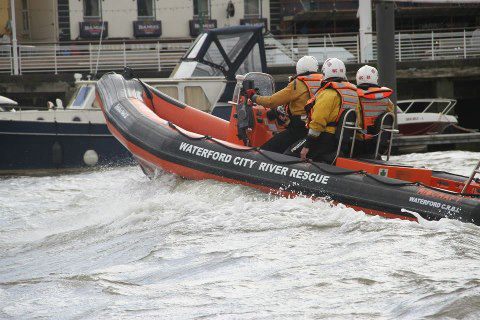